Everything you want to know about the newest, most brutal DC Multiverse action figure: Dark Nights Death Metal Batman!

McFarlane Toys is really bringing the heat with their ever-expanding line of DC Multiverse action figures, this time bringing Dark Nights: Death Metal Batman to life! These figures are created with such a high level of detail for their price point, that they rarely have peg-warmers, and the Death Metal series is no different.

Ripped straight from the pages of Dark Nights: Death Metal, Death Metal Batman and his Batcycle are here to bring peace back to the Multiverse! Here are a few things you’ll love to know about this wonderful figure.

First things first: the Batman figure and the Batcycle are sold separately. Death Metal Batman retails for $25 and the Batcycle around $30. Both worth every penny. The slick black packaging with large clear windows leave the figures to be displayed as the focal points they deserve to be.

Right off the bat (ba-dum-tss) impressions of Rob Halford, Meat Loaf, and Iron Maiden begin to recall. As soon as you see these figures on the shelf, snatch them up. They won’t last long.

Death Metal Batman is seven inches tall and features twenty-two(!) points of articulation. Accessories include a scythe and a round display base. Another cool addition is the collectible art card with a short biography about the character on the back.

Upon further inspection you can see the high level of detail that went into the sculpting of the figure; it possesses all kinds of straps and buckles, as well as the mythical and horrifying Black Lantern ring that allows Batman to summon armies of undead to fight alongside him. What self respecting metal-head doesn’t own at least a few extra rings and buckles?

The Batcycle is a fantastically rendered version of what is portrayed in the comic series: a joker-dragon-skeleton-motorcycle-monstrosity that Death Metal Batman rides gallantly and terrifyingly into battle.

The Batcycle comes in at over twelve-inches long and is scaled perfectly to cradle Death Metal Batman in the comforting embrace of it’s grippy handlebars of vengeancey justice. The wheels have a smooth rotation, and if posed properly, The Protector of Gotham can totally ride across the kitchen floor. There’s even a bat symbol on one side of the front wheel that you can watch go round and round over and over again!

One thing we can all agree on is that the ankles on this Batman figure are rather dainty at best. Posing the feet is limited, but if you are also like Lenny from Of Mice and Men, you’ll want to take it easy when doing so for fear of snapping the joint.

But adjusting the feet is worth the effort, as seeing Death Metal Batman posing, scythe in hand, on his included base is rather impressive; however, it’s nothing akin to seeing him give his signature leer from across the brow of his majestic and terrifying steed.

For the price, there isn’t a finer combination of figures to purchase than the new Dark Nights Death Metal Batman and Batcycle. It is almost as if they have been ripped from the comic pages and transplanted into your collection!

The biographical art cards that are included with each figure are awesome and give some neat insight into the world that the Dark Multiverse has brought upon us. McFarlane Toys has knocked it out of the park yet again and they don’t appear to be stopping anytime soon. After seeing these figures, you’ll be sure to want a piece for yourself too. 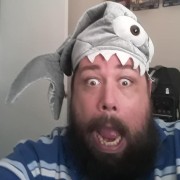 ‘Mandarin Spawn’ Is Back in All His Glory! — A McFarlane Toys Review [Review]

'Mandarin Spawn' is reborn! McFarlane Toys nails it again. Read our review to see why ...
By joeydukesphotography
July 30, 2021 Master 9 Eyes has arrived! A wildly successful Kickstarter and stunning collaboration between PureArts and ...
By TJ Collects
February 8, 2021 ‘APO Newt’ by twelveDot Has Arrived! [Unboxing and Review]

twelveDot hits it out of the park with the newest apocalypse amphibian: 'APO Newt'! Read ...
By 99darwin
January 9, 2021 Our homie Dr. Applesauce puts our 'Pokémon Booster Box Protector' through scratches, shipping abuse, and ...
By 99darwin
May 11, 2021 ‘Batman Future’s End’ Is On It’s Way From Your Nightmares and Straight Into Your Collection! ‘Batman Beyond’ Is Finally Coming To McFarlane Toys’ DC Multiverse