Many a collector’s wish has just come true— Lustre Effects Studio has announced the release of the Normal Version of Daruma! The newest addition to their Daruma collection, these stunning collectables use specially developed 3D printing technology and methods to create some of the fiercest, most detailed, and most lifelike expressions you will ever see. A look at the intensity of the gold and silver Daruma.

Daruma are traditional Japanese dolls made to represent the founder of Zen Buddhism, Bodhidharma. They serve both as a symbol of luck and perseverance, and a reminder of goals and wishes. Traditionally, a Daruma’s eyes will be blank upon receipt. You then fill in the eyes at 2 separate times— the first when you make a wish or a resolution, and the second when that wish is granted or the goal achieved.

Filling the eyes of a traditional daruma.

The Normal Version of Daruma are both smaller and less expensive than previous Daruma versions. They stand at 22cm and cost 399USD each, and come in 4 styles: red, gold, black, and cyan silver. Don’t hesitate on getting yours— Lustre Effects Studio almost never keeps the Daruma in stock, and the Normal Version of Daruma are limited globally to only 666 of each style! The four styles of the Normal Version of Daruma.

To reserve your copy of this beautiful, terrifying being, email Lustre Effects at info@lustreefx.com 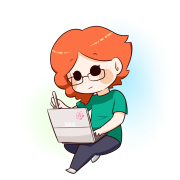 ‘Lady Jan’: Dressy Doll Invites Us In For Tea