All aboard the Janky hype train!

Following the HUGE success of Paul Budnitz & Huck Gee‘s 2018 super-genius brain-child platform, SUPERPLASTIC, the dynamic duo are slated to release their third volume of blindboxes. We have adored Series 1, obsessed over Series 2, and are now blessed with the game changing Janky Series 3!

Whilst featuring veteran artists from both Series 1 and 2, Janky Series 3 is the recipient of some top-notch original designs by several new faces. Though we may be saying goodbye to some earlier favourites, we’re sure to see some Janky-goodness from them again in the future (hopefully)! Not that it matters—just look at this incredible new line up!

Janky Series 3 packs twelve innovative new designs, along with the ever so exciting secret and chase variants. The popular and influential bunny, Guggimon, has made a reappearance as a dapper thug, a la Peaky Blinders, and a mask-wearing, axe-wielding … hockey player? Probably not! But only time will tell.

Now with an increased variety, sculptural integrity, and more hot takes on the original platform then ever before, Janky Series 3 features works by artists such as Ricardo Cavolo, Pete Fowler, Sket One, and Junko Mizuno, to name a few. What an incredible journey SUPERPLASTIC fans are lucky enough to be on. All aboard the Janky hype train! Choo Choo! Lets get a closer look at the designs from the amazing new crew.

Janky Series 3 is available to pre-order now from SUPERPLASTIC.co and other retailers. There’s no word on exactly when, but they are slated for release this December. 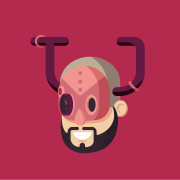 Who In the World Is 5thTurtle?!